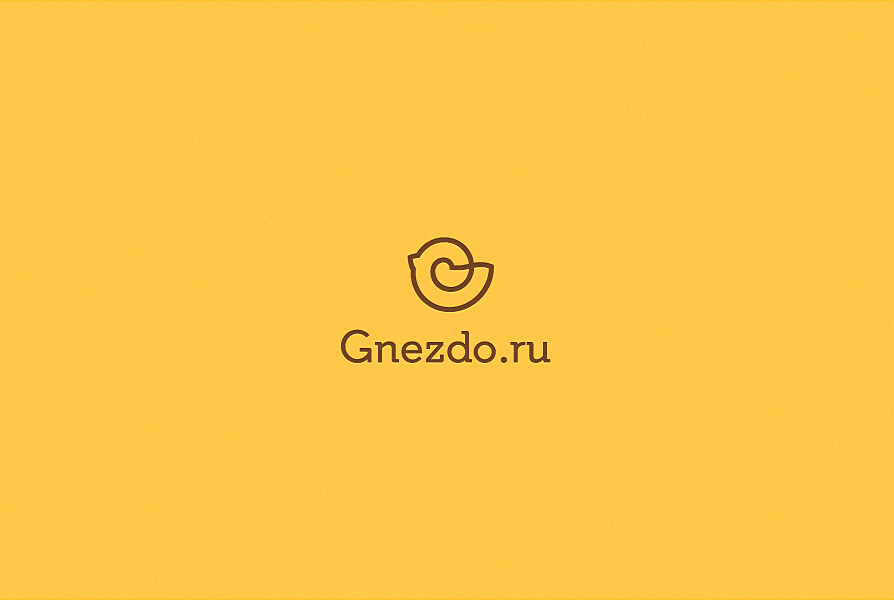 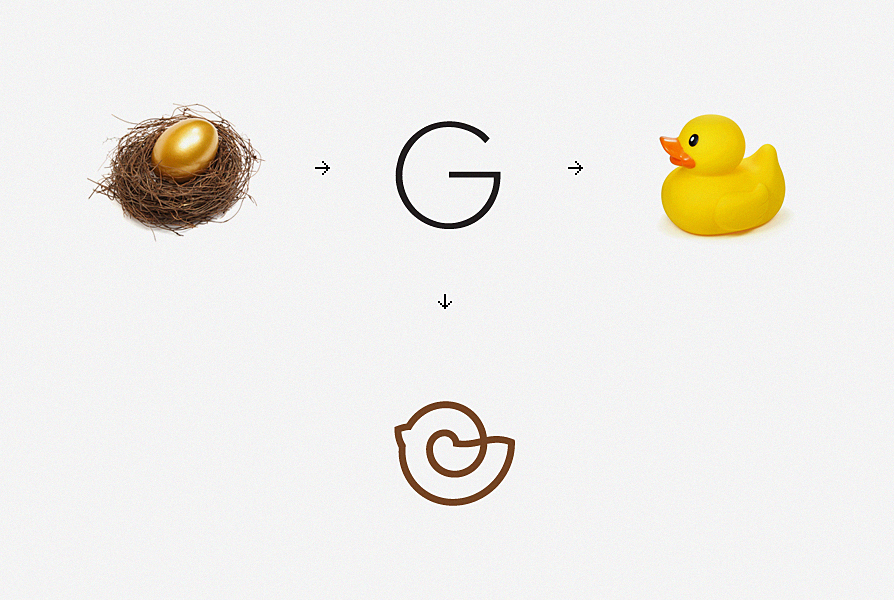 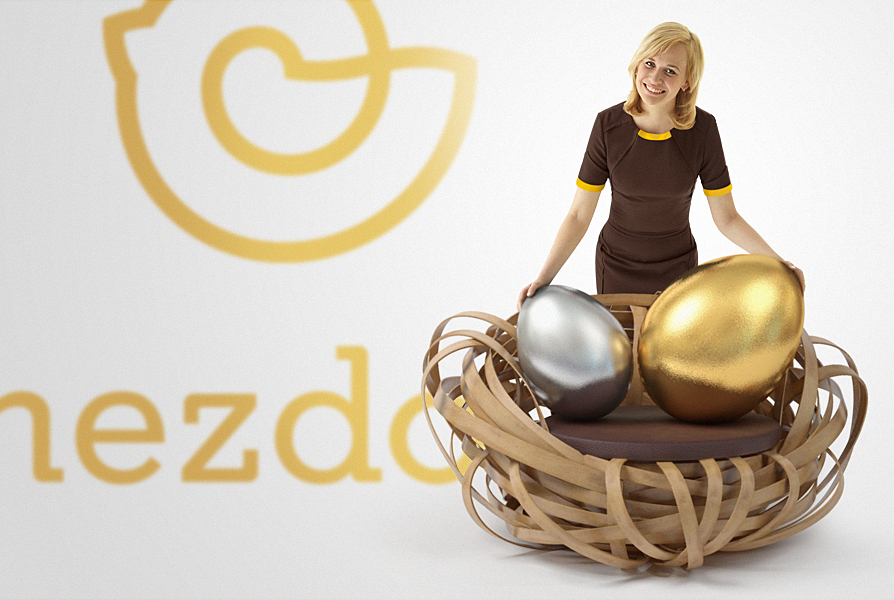 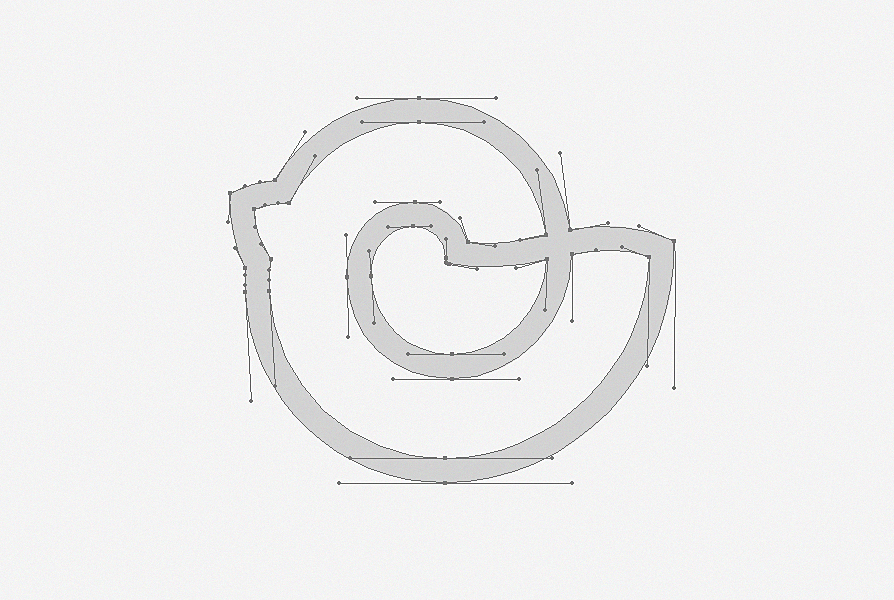 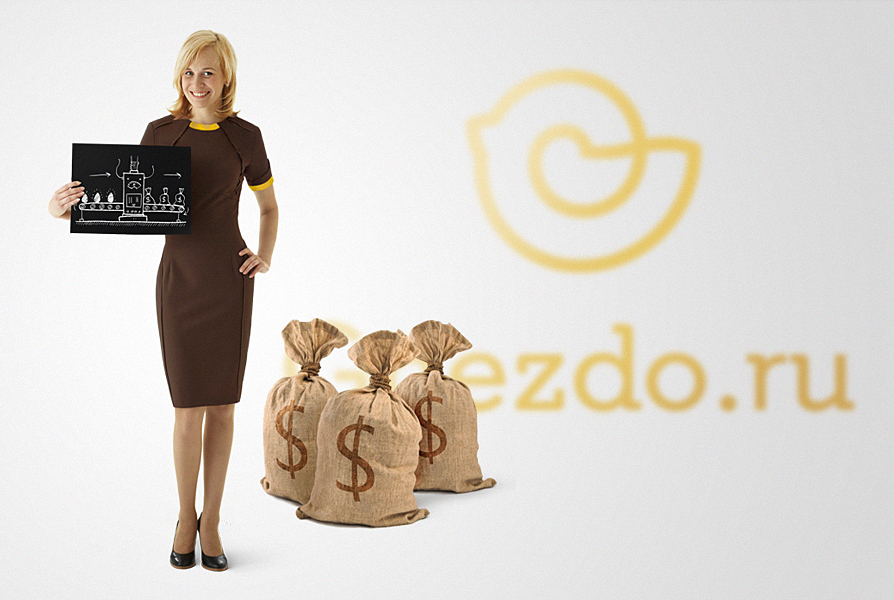 The group of services clustered into a single web domain called Gnezdo.ru specializes in bartering or buying-and-selling internet traffic of the websites for ladies. It is a banner exchange and teaser exchange network. The group is a leader in its field.

Task. The task was to develop a logo that would symbolize the principle behind the whole mechanism of the network performance, which is a mutually advantageous exchange, an association (hence the image of a nest, ‘gnezdo’ meaning ‘nest’ in Russian).

Solution. The final symbol has not only become a graphical interpretation of the capital letter G. At first glance, a haphazardly selected letter simply ‘happens’ to hit the target, engendering two notional images, which are a nest and a bird. Styling it further we come to a new symbol, which is a shell. It is about nesting it, winding it, creating something by weaving it together, whether it is a nest or a shell, whose spiral symbolizes a unification or a whirl, a vortex, which attracts all those partaking therein. Every participant finds his worth there, i.e. a gem, a pearl the size of a nest-welcomed egg.

2013 Moscow, Russia
For an Agency: Lipka and Friends