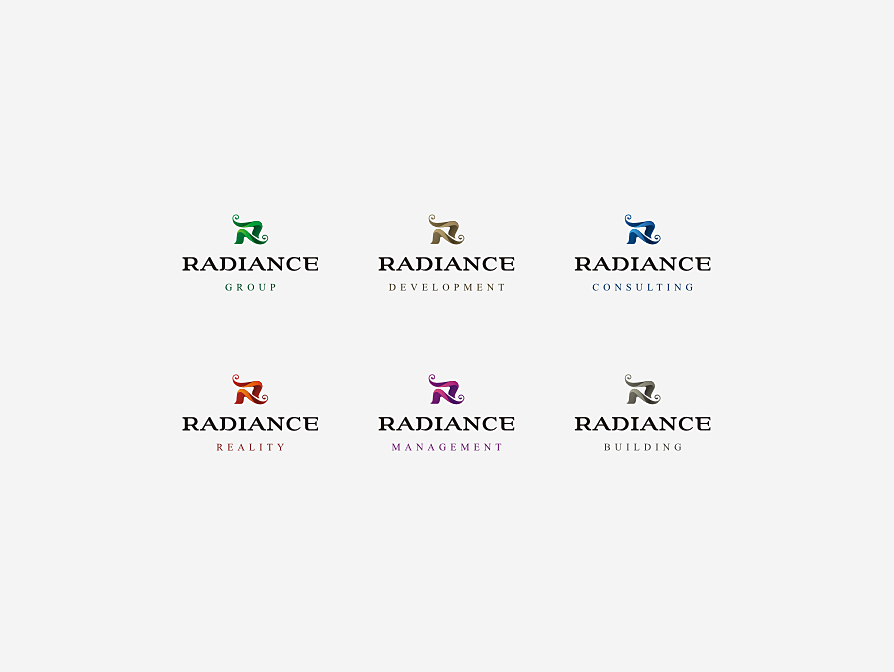 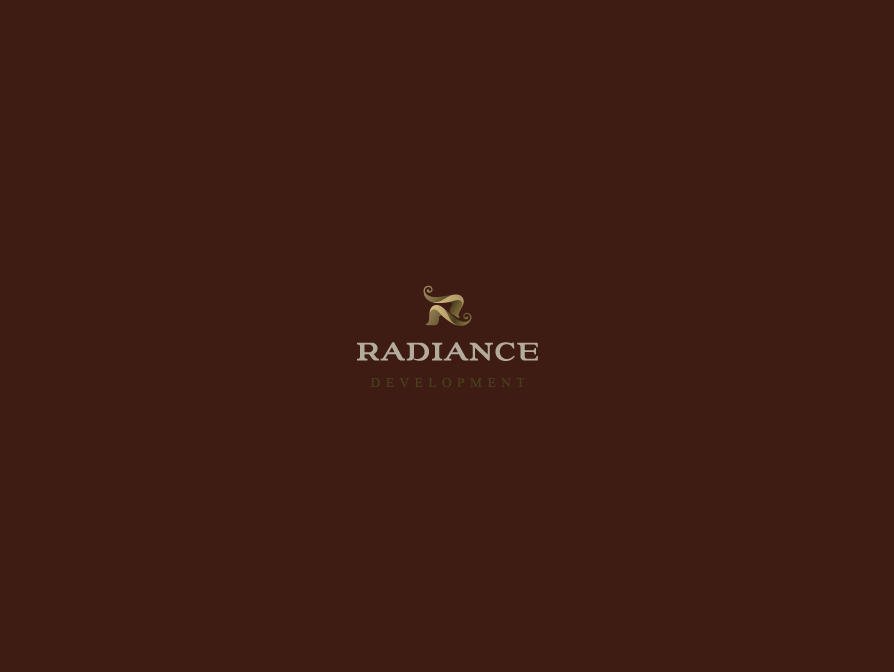 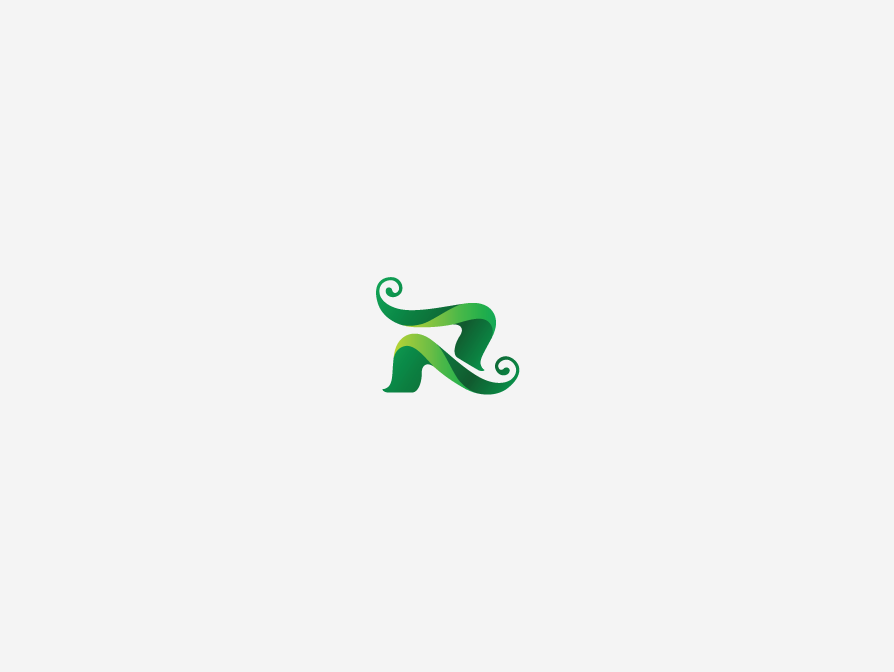 Radiance Group is a site development company specializing in the construction of gated communities living up to all the latest requirements typical of the market of suburban real estate areas.

Task. Develop a company logo that would speak of the firm’s modernity, stylishness, and dynamics, and, at the same time, one that would create an image of a solid and reliable partner.

Solution. Knowing the meaning of the word ‘radiance’ in English, the idea for the semantics of the symbol was not to bring in this direct notion but to translate that concept into an emotional field, so that radiance is understood as an art of living nicely and tastefully, an ability to let in brightness and festivity into each minute of the existence – things that a purchase of an estate seems to entail.

That message has made its way into the symbol, in a flashy and fresh fashion. In the lines that form the symbol we can discern a vine, whereas our imagination keeps drawing the symbol and sees an ivy-clad villa. On the other hand, we can see a man sitting cross-legged, which is a posture typical of a person enjoying his holiday, for instance when stretching in a chaise-longue. Getting your tranquility is precisely what Radiance Group offers, the initials of its name encrypted in the symbol.

Full of associations, the symbols is still pretty laconic. It is formed by two identical elements in a mirrored position one to the other. The symbol’s saturated emotionality and dynamics created by the contrast rendition of the lines are being balanced by the central axial position of the overall logo and by a classic font type. This creates the required feeling of reliability and stability.

A state-of-the-art and progress-aligned image nowadays is created by using a volumetric effect in the symbol. This is one of the latest trends in the world graphics.